Former Prime Minister Theresa May made the most of her new-found leisure time with a sail along the picturesque Beaulieu River and a visit to Buckler’s Hard over the bank holiday weekend.

Following her recent resignation, the Rt Hon Theresa May MP has more time to indulge in her own pastimes and arrived in style on a Sunseeker yacht which moored at the bottom of Buckler’s Hard High Street late Saturday afternoon. 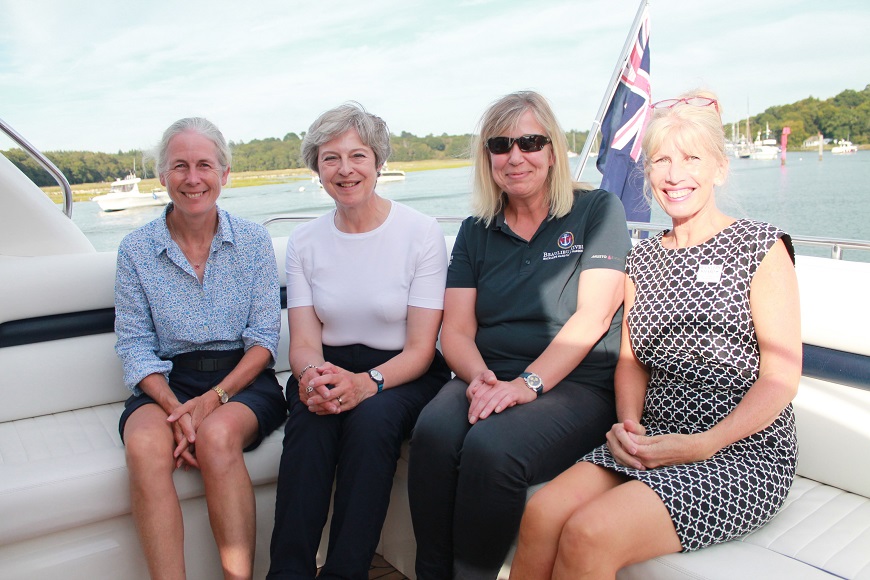 Mrs May and her husband Philip enjoyed afternoon tea on deck, overlooking the unspoilt haven of the Beaulieu River, before being given a personal tour of the once thriving shipbuilding village where ships for Nelson’s fleet at Trafalgar were built in the 18th century. 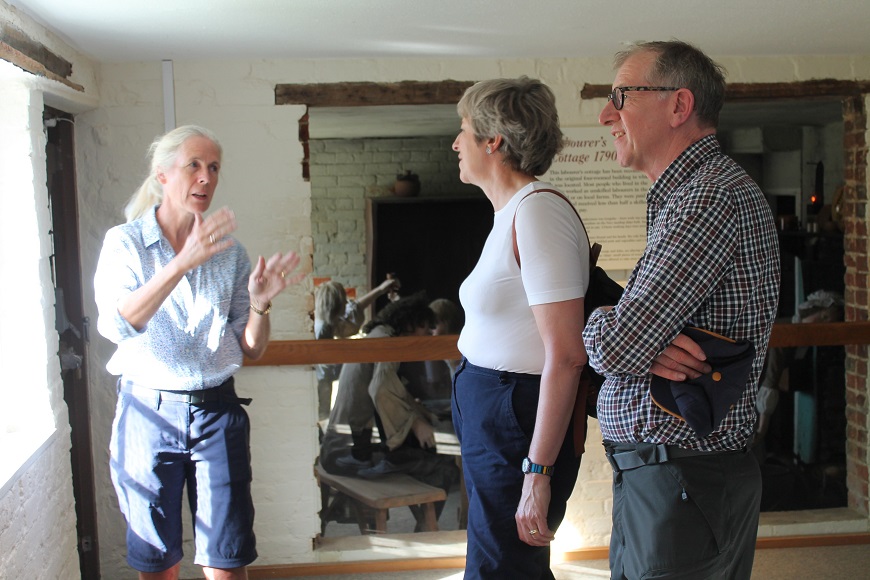 She said: “It was a pleasure to share our passion for Buckler’s Hard and the Beaulieu River and the story of its fascinating past. This is a very special place and we were honoured that they chose to make a personal visit. 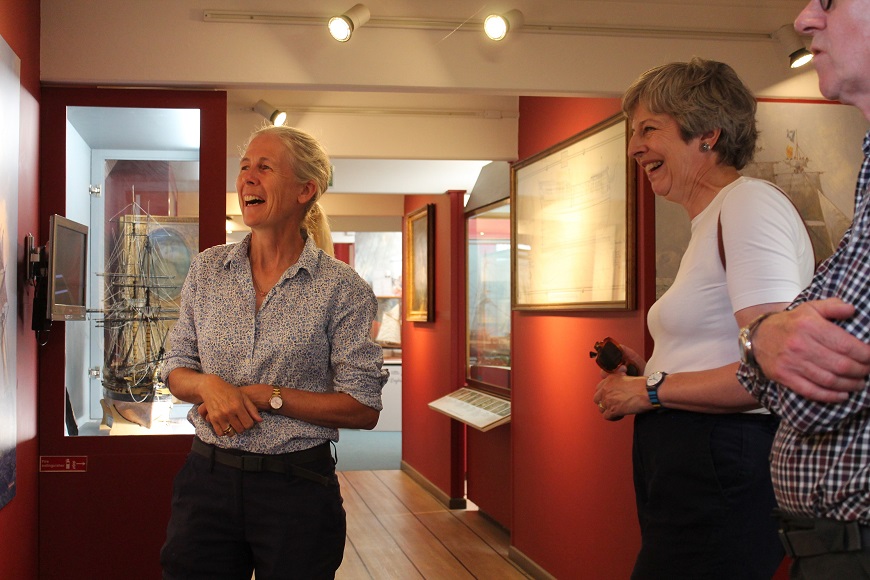 “Mr and Mrs May were both particularly interested in British history and had recently been reading about the role that Buckler’s Hard played during WWII. They have both said that they thoroughly enjoyed their time here and their visit to the Maritime Museum.”

Mr and Mrs May’s tour also included exploring the Shipwright’s Cottage and Chapel of St Mary’s, with its smugglers’ cellar beside the altar. End-of-summer visitors to Buckler’s Hard can enjoy the same features, see living history characters bringing its past to life until September 1st and trips on the River Cruise until September 22nd. Refreshments are available in the Captain’s Cabin Tea Rooms. 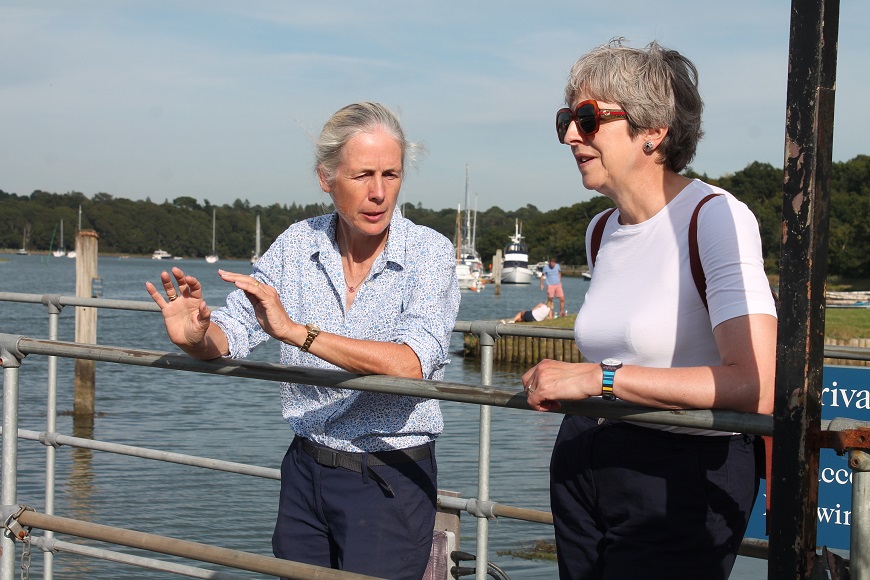 The Beaulieu River is one of the few privately owned rivers in the world and the custodianship of the Montagu family over four centuries has kept its unique character and natural charm, making it one of the most picturesque locations on the south coast and a popular boating destination close to the sailing centres of Cowes, Lymington and Hamble. For information about moorings and visits click here or call the Buckler’s Hard Yacht Harbour team on 01590 616200.