Buckler’s Hard in the spotlight

There has been a recent spate of media interest in Buckler’s Hard. In September, a reviewer from the Sunday Times Travel Magazine came on a visit, while a team from VisitBritain made a film to make the River Cruise a Hampshire highlight.

Both came on the back of another two recent visits by the BBC. Radio Solent daytime show presenters Alun Newman and Lou Hannan pre-recorded a feature about off-season visits and interviewed Living History guide Pam Ansell about the history of the 18th century shipbuilding village. 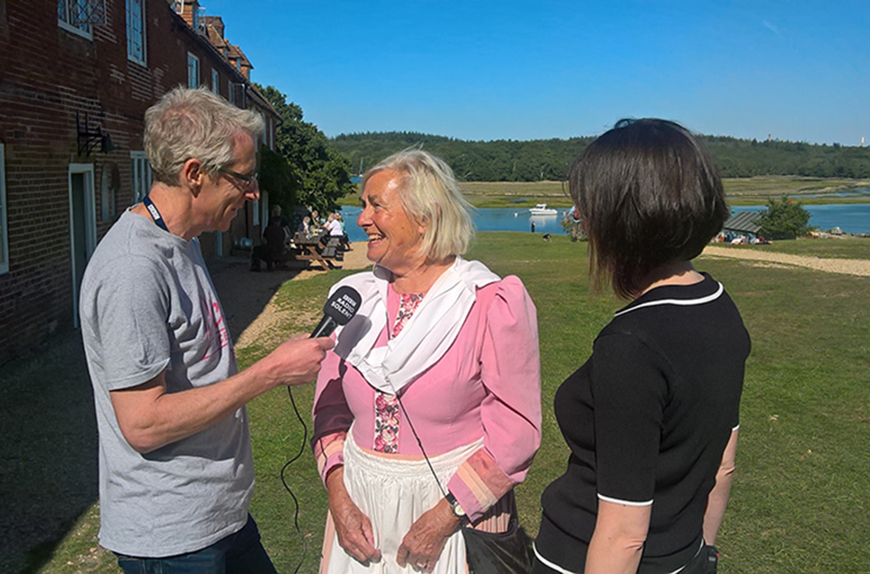 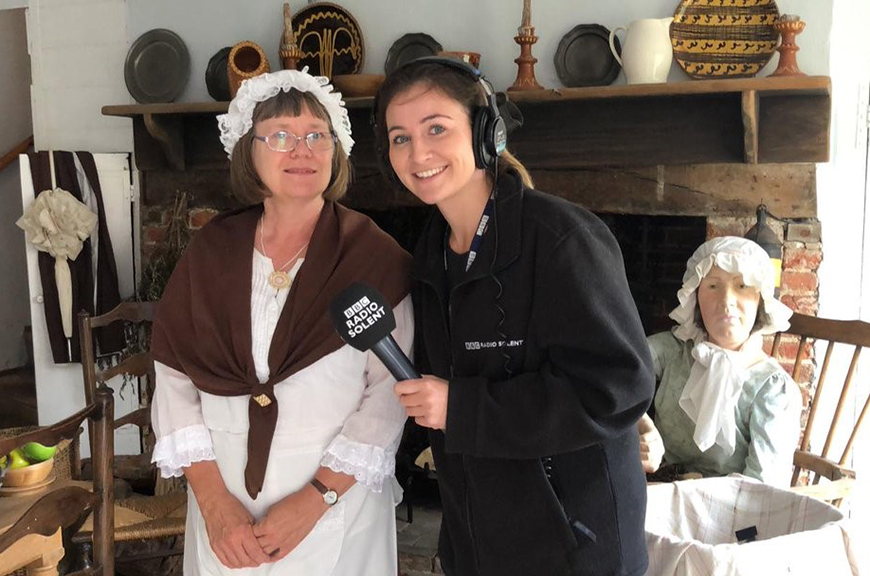 Meanwhile, fellow guide Eileen Spratt played a vital role in a separate Radio Solent feature for the treasure hunt Clued Up on the radio station’s Pat Sissons show. Eileen became the ‘clue keeper’ live on air, telling Radio Solent’s intrepid reporter a series of riddles about ‘buckling down’ and everything being ‘ship shape’ for listeners to phone in and guess the location.